President Trump Promised To Repeal And Replace Obamacare. Did He? 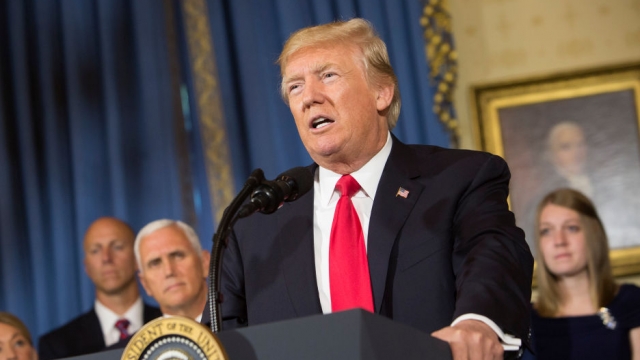 SMS
President Trump Promised To Repeal And Replace Obamacare. Did He?
By Amber Strong
By Amber Strong
February 4, 2020
The president has made a lot of promises, including one big one; getting rid of the ACA.
SHOW TRANSCRIPT

When it comes to health care, the president has made a lot of promises, including one big one.

“We will be able to immediately repeal and replace Obamacare.”

As of today, Obamacare is still the law of the land.

The Trump administration made a few chips in the law; supporting alternative skinny plans and reducing Obamacare enrollment advertisements.

However, the 2017 tax cut put a major dent in Obama’s signature bill by getting rid of the tax penalty associated with the individual mandate.

That move opened the door for 2018 Texas v. The United States case. That’s where a US District Judge declared Obamacare's individual mandate unconstitutional. In 2019, the 5th Circuit Court of Appeals agreed and sent the case back to the notably conservative lower court to decide what happens to the rest of the law.

Democrats from Congress and various states were hoping to expedite an appeal to the Supreme Court.

But in early January 2020, the court rejected that appeal, leaving Obamacare in tact, but its future in the air for now.