A Look At The Possible Impact Of Ending Birthright Citizenship 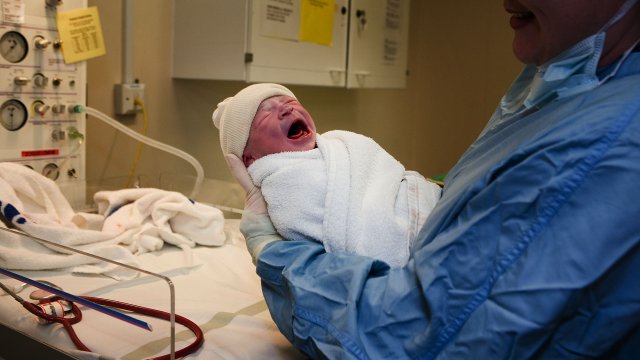 President Donald Trump again floated the idea of ending birthright citizenship in the U.S. So we're going to take a look at the current law, and how many people might be impacted by a change.

Birthright citizenship stems from the 14th Amendment, which says, "All persons born or naturalized in the United States, and subject to the jurisdiction thereof, are citizens of the United States and of the state wherein they reside."

Generally speaking, if a child is born in America, that child is a U.S. citizen regardless of where the child's parents are from.

There is one notable exception — children born to foreign diplomats. Federal law says that international diplomatic immunity means those families are not "subject to the jurisdiction" of the U.S., and therefore the 14th Amendment doesn't apply.

It's hard to calculate how many children would be impacted by an end to birthright citizenship. But we can get an idea by looking at the number of foreign-born women who give birth in the U.S.

Using Census data, the Center for Immigration Studies estimated that in 2014, about 791,000 children were born to immigrant mothers in the U.S. That number includes women with legal and illegal immigration status.

Another source of birth data is the National Center for Health Statistics. Its records say mothers born outside the U.S. gave birth to over 888,000 children in 2017.

It's unclear how quickly, or if, the president will follow through on his pledge to end birthright citizenship. But if he does, the issue would very likely end up at the Supreme Court.