A Look At Some Of The Hardware Behind Virtual Reality 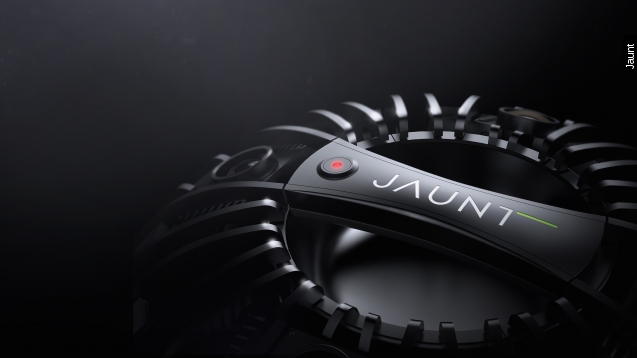 If virtual reality wants to take off, it will need all the content it can get, and this hardware could make that possible.

Virtual reality, like 3-D experiences or Smell-O-Vision, is only as valuable as the content that people are able to create for it.

So, for virtual reality movies, television shows and any number of other VR experiences to take off, you've got to have a means to create those movies, TV shows and experiences.

Google has thrown its hat into the ring with its Google Jump software and camera rig. The rig holds 16 cameras in a circular pattern so you can shoot 360-degree video. (Video via CNET)

And GoPro, which actually makes use of Google's Jump software, has crafted a 360-degree capture system of its own. It's called the GoPro Odyssey, and it's essentially a beefed-up version of Google's camera rig.

There are also a few other, less buzzword-y companies with VR solutions of their own. Like Jaunt, which promises an "end-to-end solution" for virtual reality experiences. In other words, it's got software and hardware that work together to make virtual reality content — think VR cameras, VR microphones and the software needed to stitch all that VR data together.

And when Jaunt says "end-to-end," they mean it. According to Variety, the company launched a VR studio in Los Angeles with the express purpose of "establishing the VR process in Hollywood."

What was it we said about VR being only as valuable as the content people make for it?

At this rate, it certainly seems there will be plenty of VR content to go around. Now we just need to get our hands on one of those VR headsets. (Video via Oculus VR)