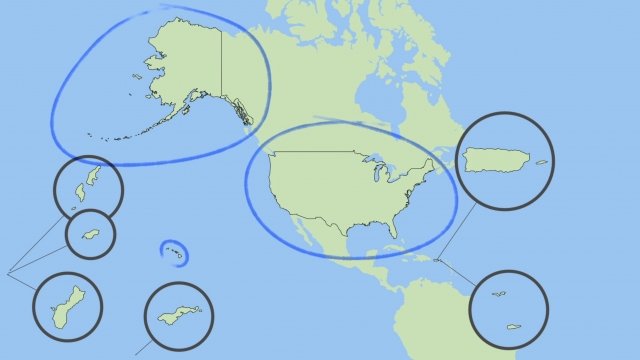 When you think of America, you probably think of this land mass. And this one. Oh, and this one. But what about all of these ones? Stumped? Don't worry, I got you.

Other than the 50 states we were taught about in school, there are 16 territories that fall under U.S. jurisdiction. Eleven of those don't have permanent populations and are mostly small islands and little reefs.

And then there's Puerto Rico, Guam, the U.S. Virgin Islands, the Northern Mariana Islands and American Samoa. They have about 4 million citizens between them.

The territories were snatched up as America began to expand in the 1800s and 1900s. Explorers and the government were getting every piece of land they could. 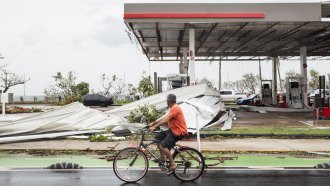 Though they belong to the U.S., these territories don't have the complete protection of the Constitution. That's thanks to court decisions from the 1900s.

American Samoa is the only place where just being born there doesn't make you an American citizen; you're a "U.S. national." People born there have to participate in the naturalization process if they want to become Americans.

They each have one Congressperson who can serve on committees, but that person can't actually vote on finished legislation when it hits the floor.

And none of these islanders can cast votes for president. Both Democrats and Republicans do allow them to vote during the primary process to help choose the party's nominee. But that's where it ends.

There have been movements for years to fight for statehood for the territories so their citizens can enjoy full rights of the Constitution with no luck. If it ever happens, the decision would be made in Congress.