A Little Chill May Help You Sleep, But Keep It Reasonable 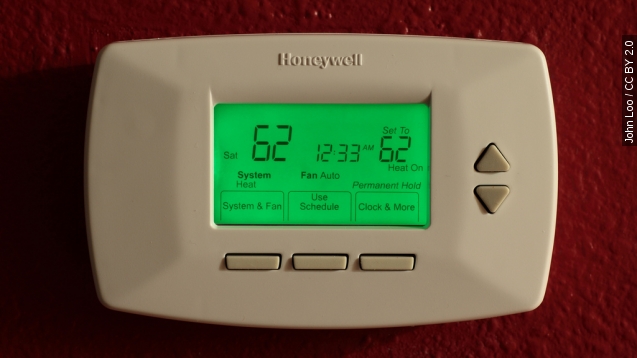 SMS
A Little Chill May Help You Sleep, But Keep It Reasonable
By Steven Sparkman
By Steven Sparkman
October 27, 2015
Over the last few years, scientists have started saying it's good to be cold once in a while, and sleeping in a chilly room is an easy way to start.
SHOW TRANSCRIPT

Have you heard the new health advice about sleeping in a chilly room? Over the last few years, some scientists have begun touting the benefits of embracing the cold once in a while, and letting temperatures dip at night is one of the simpler techniques to do it.

Former NASA scientist Ray Cronise is generally credited with helping kick off the "it's good to be cold" fad.

It's based on the idea that spending some time on the verge of shivering causes your body to work harder to keep warm and that extra effort is a good thing.

The benefits can include helping you burn more calories, improving circulation and even processing glucose — which could help combat Type 2 diabetes. And it can also help you fall asleep faster and get a better night's sleep, which has its own host of health benefits.

Of course, as with all health advice, there are ways to take it to extremes. (Video via ABC)

But the field is pretty new, so maybe it's premature to torture yourself with an ice bath when you could just try to get used to slightly cooler temperatures.

Cronise and others suggest a gentle approach, like keeping the temperature in your bedroom somewhere in the low-to-mid-60s every night.

There's a catch, though. That technique only works if you don't bundle up under a bunch of blankets. You're supposed to be cold, after all.