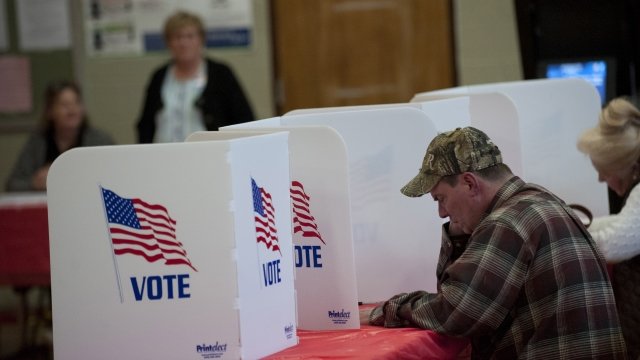 Judging by his writing, constitutional framer James Madison might have been pretty unhappy with today's election primaries, even though the kind of primaries we know didn't exist during America's first 100 years.

In Federalist Paper No. 10, Madison said one of the prices of political liberty is partisanship—what he called "political faction." But he also warned against democracy becoming a team sport. Pretty quickly, he found his own team forming the Democratic-Republican Party with Thomas Jefferson to counter the Federalists.

Parties have been with us ever since. The framers didn't specify in the Constitution how parties operate and the rules keep changing. A Vox writer explains party conventions weren't just a formality back in the 1800s: the convention delegates personally picked the nominee. There was no primaries as we think of them.

Finally, in 1910, Oregon was the first state to pick its delegates for the national conventions through a popular election similar to the modern system. But this burgeoning voter-driven primary system didn't have the same power. For instance, when Teddy Roosevelt won 9 of the 12 primaries in 1912, delegates from other states still swung the Republican nomination to Taft. The 1968 Democratic contest changed everything. Delegates nominated Hubert Humphrey even though he didn't enter a single primary election. Then Humphrey lost to Richard Nixon in November. 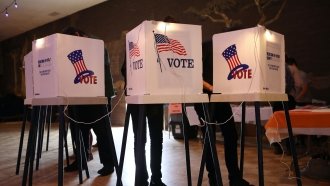 Presidential Campaigns In The US Are Long. Does It Affect How We Vote?

The debacle sparked reforms among Democrats, like making delegate numbers proportional and requiring states to standardize delegate selection. Republicans generally followed suit. Today, most primaries are partisan, where voters select a candidate with a party affiliation. That person becomes, say, the Green Party or Republican nominee in the general. But some are nonpartisan, where all the candidates are grouped together in one primary without an official party designation. Take California's "jungle primary," where two candidates advance at the end even if they're both Democrats.

The idea is that you don't get one far left and one far right option. Voters might select between a progressive and a moderate. Some are pushing for another twist, called a "unified primary:" All candidates are again pooled, and voters punch the ballot for as many as they want. This way, the two candidates advancing to the general election have more approval from the electorate as a whole.

All these reforms go back to Madison's original dilemma: How do we balance the power of teaming up with the dangers teams can create?