A Few Senators Reportedly Want Franken To Reverse His Resignation 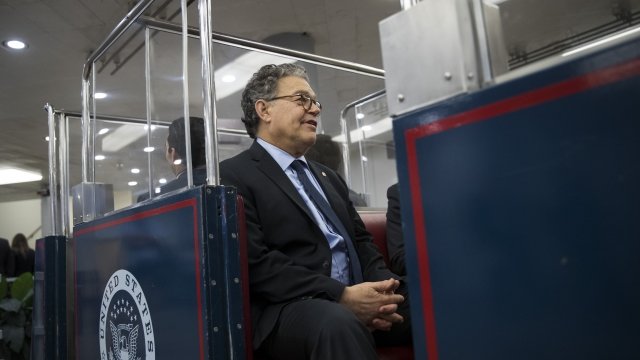 A few senators are reportedly urging Al Franken to reconsider stepping down from the U.S. Senate.

After losing much of his party's support earlier in December, Franken said he would resign amid allegations of sexual misconduct.

Sen. Joe Manchin told Politico that Franken was railroaded by his own party. Manchin was not one of the lawmakers who originally urged Franken to resign.

Two other unnamed senators told Politico "they signed off on statements [about Franken] without the appropriate care and thought."

In his resignation speech, Franken didn't give a hard deadline for when he would depart — only saying it would happen "in the coming weeks." Minnesota Lt. Gov. Tina Smith was named as his successor.