5 Ways To Watch The Super Bowl Without Cable 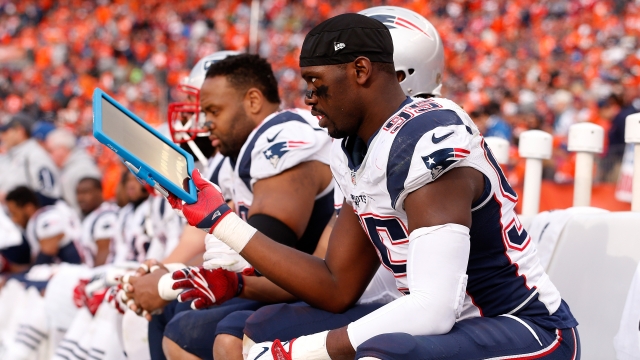 SMS
5 Ways To Watch The Super Bowl Without Cable
By Matt Moreno
By Matt Moreno
January 28, 2016
If you're one of the many Americans shying away from hooking up the TV, here are a few other ways to watch the big game.
SHOW TRANSCRIPT

More and more people are cutting the cord these days and going all-digital to watch their favorite shows.

Regardless, Super Bowl viewership continues to rise, reaching a record 114.4 million viewers in 2015. (Video via CBS)

But if you're one of the many who have ditched the TV or might not have access to one on Super Bowl Sunday, here are a few ways you can still watch.

The game will be broadcast on CBS. Those keeping it old-school can go the TV antenna route or simply pull up CBSSports.com, NFL.com or SuperBowl.com.

For the app-friendly crowd, you can access the game using CBS Sports' app on Xbox One, Apple TV, Roku players, Roku TV models and Chromecast.

You can even get the game on mobile devices — if you're a Verizon customer, that is.

Streaming the Super Bowl is a fairly new venture for the NFL and its broadcast partners. Super Bowl XLVI (46) in 2012 was the first time the NFL and NBC Sports tried it out.

The NFL's reach into the digital marketplace has expanded, though. The league teamed up with Yahoo earlier this season to broadcast the first regular-season game online. And the results of that were mixed as it appears Internet connection speeds played a big factor in the quality of the experience.

While some viewers reported crystal-clear pictures, others complained about fuzziness, buffering and jumping throughout the game.

That's just something to consider when getting set up for the big game. Super Bowl 50 between the Carolina Panthers and the Denver Broncos will take place Feb. 7.