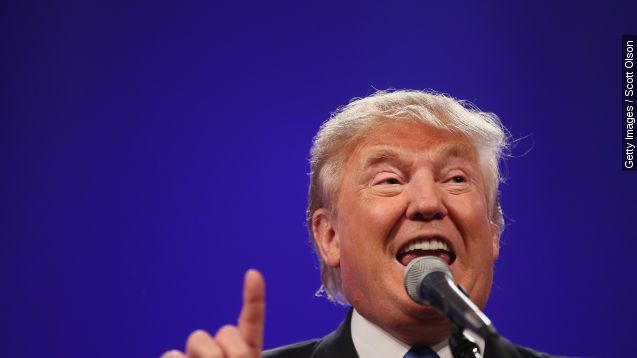 SMS
A Conservative PAC Spent Lots Of Money On Anti-Trump TV Ads
By Samantha Crook
By Samantha Crook
September 15, 2015
A conservative super PAC is spending $1 million against Trump in negative TV ads, which could mean the GOP is worried about Trump's campaign success.
SHOW TRANSCRIPT

Iowans might be seeing even more of Donald Trump on TV.

The announcement comes in anticipation of the second Republican primary debate Wednesday and marks the first major Trump takedown effort from an outside group.

The group's ads focus on Trump's "liberal" past and suggest Trump is just a part of the Washington status quo he claims to be against.

"Trump wants us to think he's Mr. 'Tell It Like It Is.' But he has a record, and it's very liberal. He's really just playing us for chumps. Trump: just another politician," a voice actor said in a Club for Growth ad.

But the suggestion Trump is any kind of politician at all could be a sign of GOP anxiety about the possibility of him actually winning. (Video via Club for Growth)

In a tweet following the announcement, Trump claimed the ad campaign started after he denied the PAC a $1 million donation.