A Canadian Province Plans To Pay Residents For Being Canadian 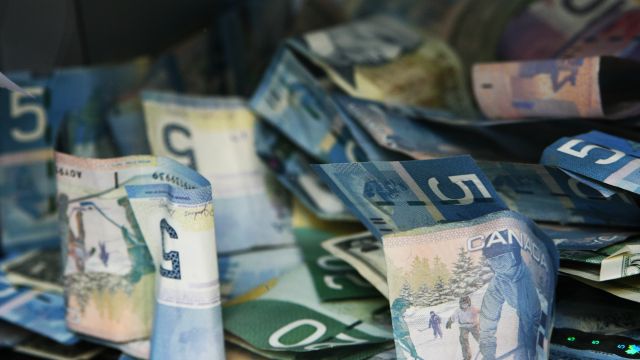 Ontario is just the latest to announce plans to experiment with a basic income. The idea is picking up steam worldwide.

A province in Canada plans to pay some people just for being alive.

The idea is called basic income, and according to Ontario’s 2016 budget, a pilot program is in the works.

We don’t know who exactly will get paid, or how much, but the budget says the goal of the pilot program is to "test a growing view at home and abroad that a basic income could build on the success of minimum wage policies and increases in child benefits by providing more consistent and predictable support in the context of today’s dynamic labor market."

Ontario already has one of the highest minimum wages in Canada at $11.25 an hour. Still, Statistics Canada reports more than 14 percent of the population was classified as low income in 2013.

This isn’t the first time Canadians would receive an allowance just for being Canadian. Back in the 1970s, everyone in the town of Dauphin got a stipend to help pay for the cost of living.

Fast-forward a few decades and the idea is gaining momentum worldwide. In a push to do away with existing benefits, Finland plans to experiment with sending a monthly stipend to thousands of residents next year.

Switzerland is set to vote on whether to extend a basic income and cities in the Netherlands are also trying their hand at combating poverty through monthly payments.

This video includes clips from TravelOntarioCanada and images from Quinn Dombrowski / CC BY SA 2.0, KMR Photography / CC BY 2.0 and Getty Images.