A Brief History Of Quaaludes 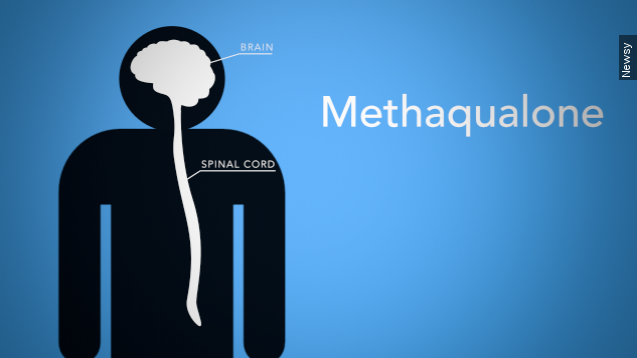 Quaaludes. 2005 court documents released Monday showed Bill Cosby admitted to giving the drug, made popular in the 1970s, to at least one woman he wanted to sleep with and several "other people."

Sure, the drug is still around today, but how many people under 30 really knew what it was before Leonardo DiCaprio's infamous "Wolf of Wall Street" scene?

Basically, Quaaludes are to Methaqualone what Advil is to Ibuprofen.

It was originally developed in India in the 1950s as an anti-malaria drug and a substitute for barbiturates, which are drugs used to treat anxiety, insomnia and seizures.

In a prescription dose, which ranges between 75 mg and 300 mg, Quaaludes slow pulse rates, promote sleepiness and cause a drop in blood pressure.

They also can leave the user with a sense of euphoria, which is a trait that can lead to addiction.

Tolerance develops quickly with Quaaludes. Depending on a user's tolerance to Quaaludes, one could potentially survive taking up to 20,000 mg of of the drug, while another person could die after an 8,000 mg dose.

The most popular recreational usage was "Luding out," which happened when people took the drug with wine.

By 1980, the Drug Enforcement Agency reported 20 million pills in circulation in a single year, making it second to marijuana usage. The DEA predicted that number could double by 1981, giving Quaaludes the same circulation numbers as heroin.

Usage became so dangerous and widespread that the U.S. government traveled to countries that produced methaqualone and asked them to shut down trade.

Cosby's use of Quaaludes never resulted in a criminal charge because most of the two-dozen accusations are barred by a statute of limitations.