Who Are The Kurdish People? 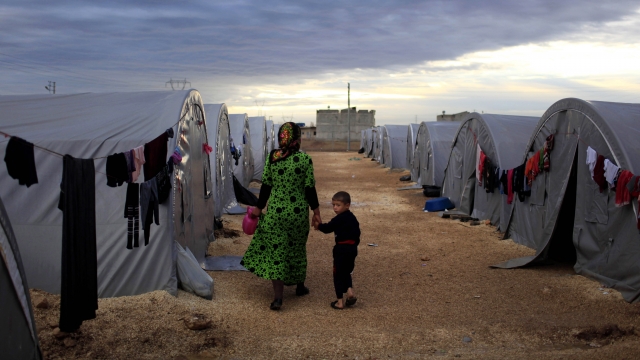 SMS
Who Are The Kurdish People?
By Chance Seales
By Chance Seales
October 10, 2019
The Kurds are mostly Sunni Muslims who share a common language, customs and cultural traditions. But they don't share a nationality.
SHOW TRANSCRIPT

The Kurdish people are an indigenous group, who have lived and moved through the mountains of the Middle East for centuries.

Kurds still occupy a sprawling region known as Kurdistan that, on a modern map,  spans Iraq, Syria, Turkey, Iran and a bit of Armenia.

As a whole, they're a stateless people — numbering between 20 and 40 million — who've seen the world change around them while they try to maintain their identity.

The Kurds are mostly Sunni Muslims who share a common language, customs and cultural traditions.  But thanks to global powers largely out of their control, they don’t share a nationality.

For most of recorded history, Kurds has been ruled by conquerors, control of their land being transferred through diplomacy and war.

In the 16th century, the Ottoman Empire — Turkey — took over the region. They held onto it until the end of World War One.

The Washington Post explains, "The 1920 Treaty of Sevres, which created the modern states of Iraq, Syria and Kuwait, was to have included the possibility of a Kurdish state in the region."

In 1923, a new treaty was signed, including Turkey, and all the countries overlapping with Kurdistan decided it would not be recognized.

Rebellions over the years and demands for independence, led to even greater hostilities where the Kurds live.

The Post explains, "The Kurds received especially harsh treatment at the hands of the Turkish government, which tried to deprive them of Kurdish identity by designating them 'Mountain Turks,' outlawing their language and forbidding them to wear traditional Kurdish costumes in the cities."

While much of the physical fights for Kurdish independence have dissipated in recent decades, experts say the legislative battle for sovereignty is just beginning.