A Bird's-Eye View Of Syria's Devastation 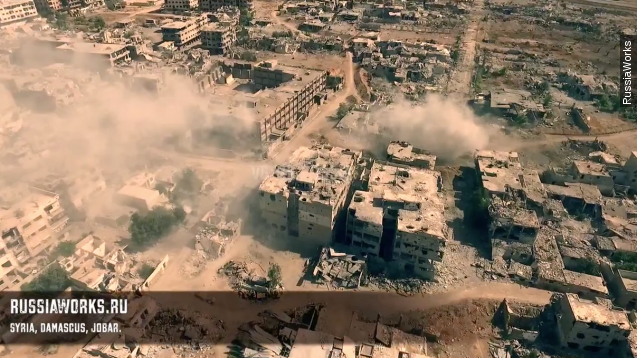 It looks like a video game. It sounds like a music video. But this drone footage claims to show the scale of the devastation in Jobar.

Jobar is a suburb of Damascus, Syria, where daily bombings and street fighting have gutted the city. (Video via RussiaWorks)

According to Syria Deeply, most of the community's residents have fled.

The video you see here was produced by a drone company linked to the Kremlin. Conflict experts say it's legit, albeit it has some major post-production help.

The Russian media is in full propaganda mode. (Video via Russia 24)

Russia claims to be primarily targeting ISIS, not the Western-backed rebels — despite evidence to the contrary. (Video via Russian Ministry of Defense)