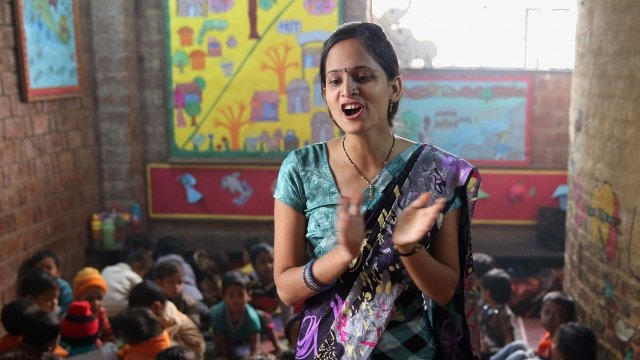 Language allows us to share thoughts and feelings with somebody else. It's our cultural glue. Otherwise, we'd live in a world of babel. But there's much more to language, including elements that affect the structure and functioning of the brain.

While the first words spoken may have been 250,000 years ago, now more than half of the people around the world – estimates vary from 60 to 75 percent – speak at least two languages.

Eighty percent of primary and secondary students in 24 European countries are learning a foreign language, usually English. Across the United States the number is closer to 20 percent, but this varies by state. In New Jersey, 51 percent of students have a second language course included as part of the school day.

Learning those languages impacts our noggins. Brain scans show that people who speak more than one language have more gray matter in their anterior cingulate cortex, the area linked to everything from learning to social behavior to resolving conflicts. 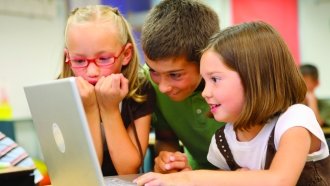 A leading neuropsychologist says it's like a muscle – using it makes it bigger and more flexible. There's a sort of competition that goes on in the brains of people who speak multiple languages. Since it's possible to use either language at any moment, their brains have developed ways to regulate which language is spoken. The brain's executive functions, a regulatory system that includes inhibition, allow a person to focus, and "pause" the language not being used.

Research shows this mechanism has a lot of other benefits. People who speak more than one language are better at switching between two tasks. For example, bilinguals can switch from categorizing objects by color to sorting them by shape more rapidly than monolingual people.

Why is this? Their brains regularly inhibit languages and employ that same regulation to "inhibit" tasks. It doesn't end there. People who speak more than one language also have the ability to make more rational decisions. When faced with a choice, the inhibition center quiets intuitions and emotions.

This means that bilingual people might be better employees in jobs requiring rational planning, managing complexity and problem solving. Other implications: bilingual children are better at adjusting to environmental changes, and bilingual seniors can experience less cognitive decline. There are even indications that speaking more than one language can lead to faster stroke recovery.

Is picking up a second language easy?  Not always, especially as an adult. But the brain-benefits are awfully robust, not to mention it's useful knowing the difference between embarazada and embarrassed.