A Bacteria Could Literally Eat Away Your Smoking Habit 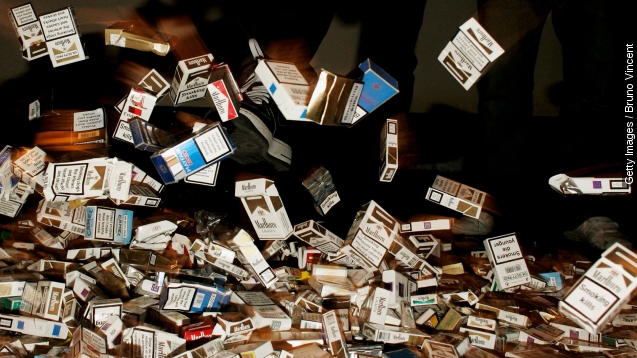 SMS
A Bacteria Could Literally Eat Away Your Smoking Habit
By Ryan Biek
By Ryan Biek
August 9, 2015
Researchers have found a bacteria that eats nicotine, and someday, it might help alleviate that craving when you want to quit smoking.
SHOW TRANSCRIPT

Quitting smoking might not need to be such a struggle in the future, as chemists are exploring a bacteria that eats nicotine. (Video via the U.S. Food and Drug Administration)

The researchers from the Scripps, Skaggs and Worm institutes touted their bacterial enzyme, called NicA2, in the Journal of the American Chemical Society.

One of the researchers compared the enzyme to Pac-Man — in the way it eats nicotine containing the carbon and nitrogen it needs to survive. (Video via Bandai Namco Entertainment America)

While nicotine doesn't directly harm smokers, it increases dopamine in the brain, which makes smoking satisfying.

Without any treatment, the researchers say nicotine reaches the brain 20 seconds after the first puff of a cigarette.

It then takes two to three hours for half of those nicotine molecules to disappear.

But in tests on mice, NicA2 cut nicotine's half-life from two hours down to nine minutes.

NicA2's test results are even more impressive considering the researchers say currently available smoking cessation aids are only successful for 10-20 percent of smokers.

The researchers say their next step is altering NicA2's bacterial makeup to prevent any potential side effects to the immune system and to maximize its ability to eat nicotine before it reaches the brain.