Another Woman Has Accused Joe Biden Of Inappropriate Touching 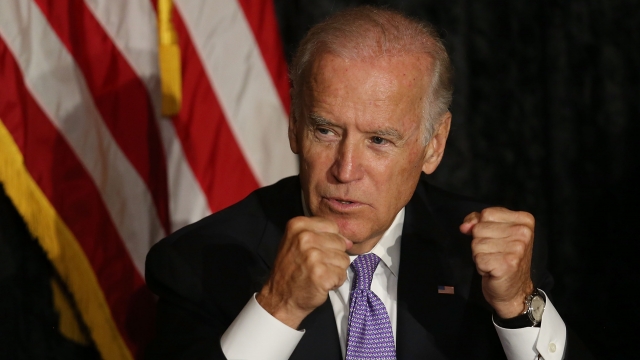 A Connecticut woman has alleged that former Vice President Joe Biden touched her inappropriately at a political fundraiser in 2009.

Amy Lappos told the Hartford Courant on Monday that the alleged incident "wasn't sexual," but that it involved Biden pulling her in "to rub noses" with her. Lappos said she didn't file a complaint at the time because Biden was the vice president.

Lappos' story follows a similar account from former Nevada legislator Lucy Flores. Over the weekend, Flores accused Biden of kissing her on the back of her head in 2014.

In a statement following that report, Biden said that while his behavior has been affectionate, he doesn't believe he's ever acted inappropriately. But he added: "We have arrived at an important time when women feel they can and should relate their experiences, and men should pay attention. And I will."

A spokesperson for Biden offered that same statement in response to Lappos' allegation.

The wife of former Defense Secretary Ash Carter spoke out in Biden's defense Sunday. More than four years after Stephanie Carter's own controversial interaction with Biden, she wrote in a blog post that while all women should be believed, her own experience with Biden was harmless.