TSA Confirms It Keeps A List of Confrontational Fliers 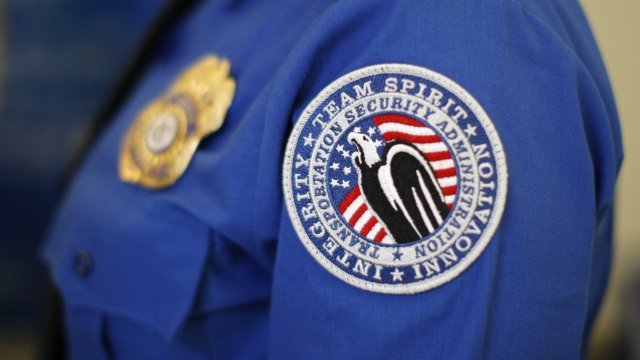 SMS
TSA Confirms It Keeps A List of Confrontational Fliers
By Austin Kim
By Austin Kim
May 18, 2018
The TSA revealed it keeps a secret list of passengers that could be a threat when they go through airport security.
SHOW TRANSCRIPT

Fliers deemed to be unruly at airports are put on a secret list created by the Transportation Security Administration.

It's called the "95 list," and there are less than 50 names on it, according to the agency. The TSA said there was — in its words — an "alarming increase" in assaults against its officers at checkpoints. An agency spokesperson said there were 34 assaults against officers in fiscal year 2017.

"It simply means to communicate that a passenger may be arriving to the airport and they have either demonstrated a history of assaulting officers or in trying to circumvent some sort of security procedure," TSA Assistant Administrator Darby LaJoye told the House Homeland Security Subcommittee.

According to The New York Times, being on the list isn't enough to a ban passengers from boarding an aircraft. It also doesn't subject anyone to additional screening. And the TSA directive says a passenger cannot be put on this list solely because of their race, religion or gender.

The TSA recently discussed this list publicly for the first time in front of a congressional panel. Two Democratic lawmakers raised civil liberty concerns, since passengers are never told if they are on the list.

The Times reports some passengers can land on the "95 list" for getting into a verbal altercation with a TSA agent or even loitering around a security checkpoint. But the agency told CBS those claims are untrue.