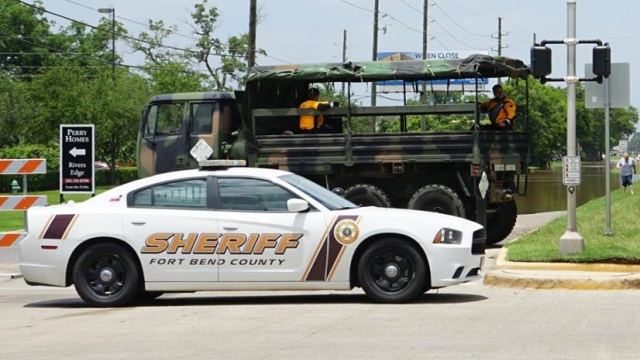 Local authorities have released the 911 calls from a Houston-area family in terror as Christy Sheats opened fire on her two daughters. We want to warn you: The phone calls are graphic.

"There's a lady with a gun. She's coming out of the house right now. Two people shot outside," a neighbor told a 911 dispatcher.

That phone call came from a neighbor apparently watching the tragic situation unfold.

Several local news outlets decided not to air the girls' phone calls, claiming they were too graphic.

Both sisters called police that day before being fatally shot. In the background of one of their calls, you can hear their father, Jason Sheats, pleading with Christy to put the gun down.

Authorities say Christy shot her two daughters inside the house. When they tried to run, Christy again shot them outside of the family's home. Christy was fatally shot by authorities.

A family friend told KHOU the couple had marital problems and Christy had just recently moved back in. Jason was not shot. A memorial service is being planned for the two sisters.