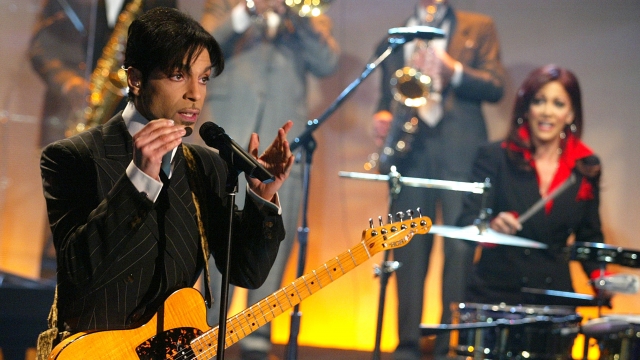 A newly released 911 call log from Minnesota authorities is raising questions about whether Prince had a deadly addiction.

The log lists 46 calls made from Prince's Paisley Park estate between Jan. 1, 2011, and April 21, 2016, — the day Prince died. Maybe the most peculiar call was from June 2011; the caller was apparently worried about "Prince's cocaine habits."

We don't know if Prince had a cocaine habit, and since his death, many of his closest associates have spoken out about the singer's health.

"I mean, you think about all the years he was jumping off those risers. They were not low — they were very, very high — and to jump off that. ... He had those heels on. We did a year of touring [and] for him to jump off of that — just an entire year would have messed up his knees," Sheila E. said.

Some outlets claim Prince might've had an addiction to painkillers following his hospitalization in mid-April. The Star Tribune reports Prince's representatives called an opioid specialist because the singer was dealing with a "grave medical emergency" the day before he died.

Recently, a former assistant to Prince said her old boss was healthy and energetic, and she never saw him take any pills, while a former chef said the singer changed his diet while he battled a sore throat and an upset stomach.

Prince had an autopsy before he was cremated, and the results of the singer's toxicology report haven't been publicly released.