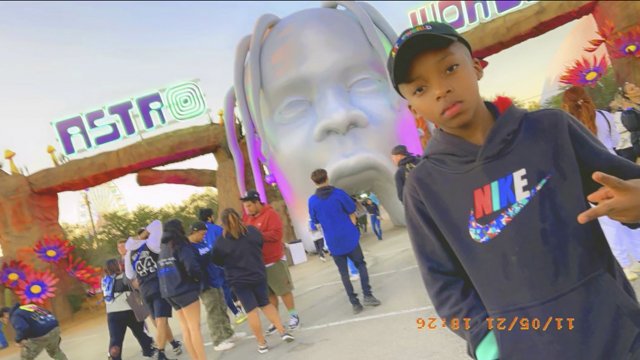 A 9-year-old boy who had been on life support after being trampled at the Astroworld music festival has died.

His father Treston Blount said his son Ezra was on his shoulders so he could see, and they stayed at the back of the crowd for safety.

But then there was a sudden rush and he was pushed down and knocked out.

Blount says when he came to, he couldn't find Ezra.

Police later told him Ezra had been trampled, and that he was in critical condition with damage to his brain and other organs.

They are seeking at least $1 million in damages.

Attorney Ben Crump, who is representing the family, wrote in a statement: "This should not have been the outcome of taking their son to a concert, what should have been a joyful celebration. Ezra's death is absolutely heartbreaking."