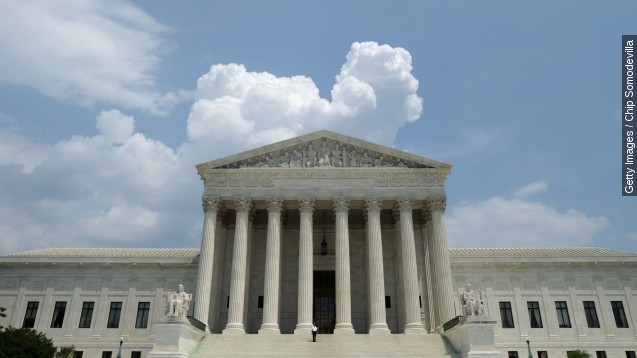 The U.S. Supreme Court has stopped Texas from moving forward with parts of its controversial abortion law — at least temporarily.

The law — one of the toughest in the country — was passed in 2013, and two measures in it were supposed to take effect this week.

Abortion clinics were required to meet hospital-level standards. And doctors performing abortions needed to have admitting privileges at local hospitals. (Video via The Texas Tribune)

A lower court had previously upheld those provisions — a decision that put about half of Texas’ abortion clinics at risk of closing.

Now, the U.S. Supreme Court is weighing whether to hear an appeal of that ruling.

In the meantime, the court’s order — preventing Texas from enforcing parts of the law —  will stay in effect and those at-risk clinics can continue operating.

But women’s groups say the requirements make it much harder for women to access abortion clinics. (Video via Planned Parenthood)

Previous statewide abortions requirements have forced about half of Texas’s 41 abortions clinics to shut their doors in a matter of two years. There are now 19 clinics left across the state. As many as 10 could close if the measures in question are allowed to take effect.

Correction: A previous version of this video said nine abortion clinics could close if Texas' measures take effect. This video has been updated.