9 Injured After Protest Outside Turkish Embassy In DC Turns Violent 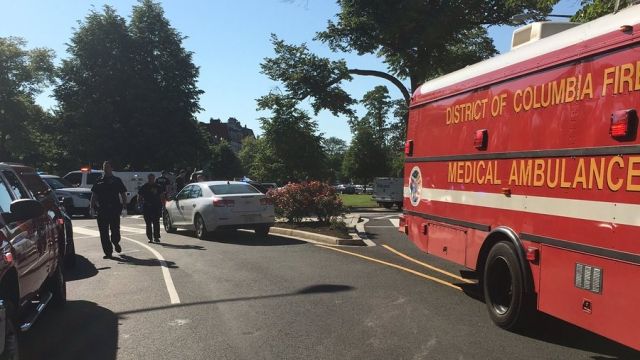 By Briana Koeneman
May 17, 2017
Video from the scene shows a brief but intense altercation involving dozens of people in front of the embassy Tuesday afternoon.
SHOW TRANSCRIPT

Several people were injured Tuesday after a protest outside the Turkish Embassy in Washington, D.C., turned violent.

Video from the scene shows a brief but intense altercation involving dozens of people in front of the embassy.

D.C.'s fire and EMS department confirmed nine people were hurt in the scuffle and taken to nearby hospitals. Police said two others were arrested. 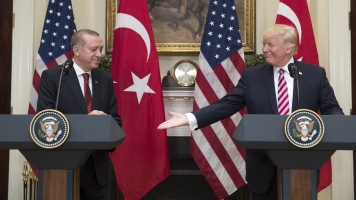 A spokesperson for the Metropolitan Police Department told reporters the fight broke out between two groups, but he refused to give any more details.

Eyewitnesses say the altercation seemed to be over political turmoil in Turkey.

As The Washington Post points out, several people at the scene were waving Turkish flags.

Others were seen holding placards in support of jailed Turkish political figure Selahattin Demirtas, who is a strong opponent of Erdogan.

Erdogan was reportedly not at the embassy during the protest or the altercation.