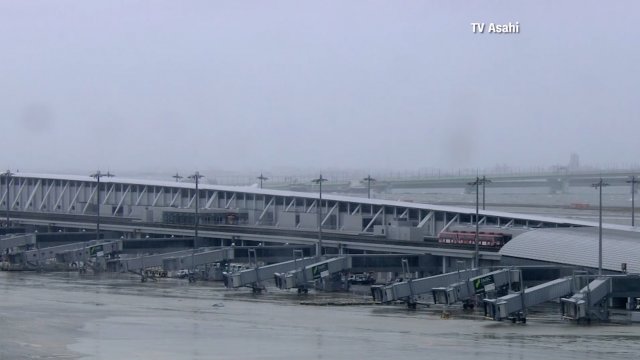 At least nine people are dead and more than 400 others are injured as Japan is hit by its strongest typhoon to make landfall in 25 years.

Typhoon Jebi made landfall Tuesday, bringing with it more than 100 mph winds, torrential rain and flooding.

More than a million people are under evacuation orders, according to Japan's Fire and Disaster Management Agency. Thousands have already moved to refuge areas, and tens of thousands of people are reportedly without power.

CNN reports one of Japan's largest airports was flooded, and a tanker ship crashed into a bridge that connects that airport to the mainland. Hundreds of domestic and international flights were canceled. Ferries and boats were deployed to evacuate passengers stranded at the airport.

Jebi is expected to weaken as it moves north, though it may still bring heavy rains to parts of Japan.