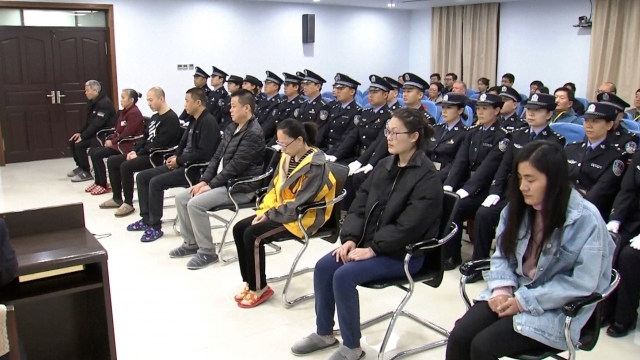 SMS
Chinese-U.S. Joint Fentanyl Investigation Leads To 9 Convictions
By LeeAnne Lowry
By LeeAnne Lowry
November 7, 2019
Most of fentanyl is produced in China before it's sent to the U.S.
SHOW TRANSCRIPT

A Chinese court sentenced some members of a fentanyl smuggling ring to maximum punishments on Thursday.

Chinese officials said in a press conference that the court sentenced one Chinese national — considered the ringleader — to death with a two year reprieve. Two more were given life sentences. Six other traffickers were given a range of sentences up to 10 years.

China was tipped off to the drug ring by the U.S. Department of Homeland Security in 2017. The countries worked together on the investigation, marking the first U.S.-Chinese collaboration led to a successful conviction.

Fentanyl is a synthetic opioid that's legally used for pain management in a medical setting and also illegally made into a street drug. Most of the substance is produced in China before it's sent to the U.S.

That's stoked conflict between the U.S. and China. Back in April, U.S. lawmakers unveiled bipartisan legislation to impose sanctions on China in order to curb fentanyl trafficking.