9 Climbers Dead After Snowstorm Hits Their Camp In Himalayas 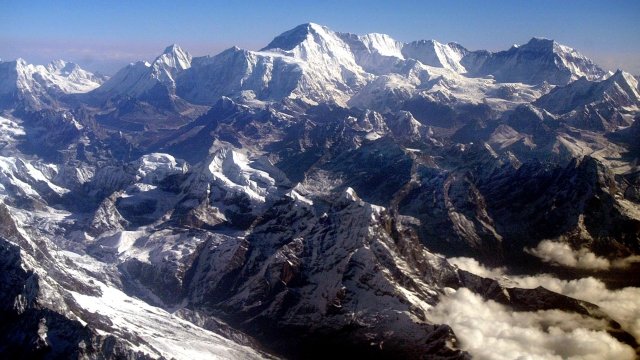 SMS
9 Climbers Dead After Snowstorm Hits Their Camp In Himalayas

By Katie Cammarata
October 15, 2018
The nine climbers were set to scale the rarely-climbed Mount Gurja in the Himalayas.
SHOW TRANSCRIPT

Nine climbers are dead after a snowstorm destroyed their camp on Nepal's rarely-climbed Mount Gurja in the Himalayas.

Authorities say the five South Korean climbers and four Nepali guides were at base camp when the storm rolled in. It's not entirely clear how they died, but officials say it was most likely because of the storm's winds.

Rescue crews worked over the weekend to find and move the bodies off the mountain.

Renowned South Korean climber Kim Chang-ho was one of the victims.

The team set off on Oct. 7 and was pronounced missing when officials lost contact on Friday. They were reportedly waiting for the weather to clear so they could climb the mountain.