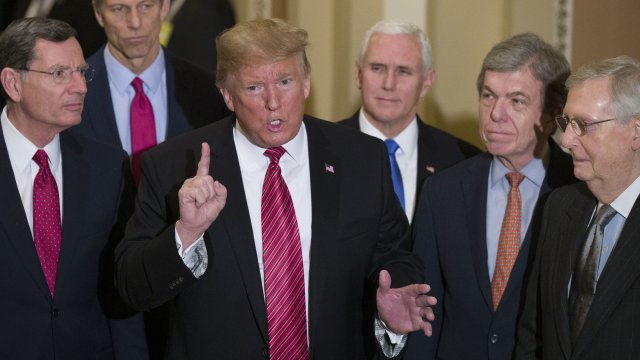 The impeachment trial of Donald Trump ended in the acquittal of the former president on a charge of inciting the attack on the capitol.

But many are arguing that the impeachment should not be the *end of trying to figure out what happened and why on January 6.

On Sunday, Sen. Bill Cassidy, a Republican from Louisiana who joined Democrats in voting to convict Trump, said there are many questions remaining.

"I think there should be a complete investigation about what happened on Jan. 6. Why was there not more law enforcement, National Guard already mobilized, what was known, who knew it, and when they knew it, all that, because that builds the basis so this never happens again in the future,"

Democratic Sen. Chris Coons of Delaware agreed, urging a bi-partisan group similar to one that was formed after 9-11.

"There is still more evidence the American people need to hear and a 9/11 commission is a way to make sure that we secure the capitol going forward and we lay bare the record of just how responsible and just how abjectly of violating his constitutional oath president Trump really was."

House Speaker Nancy Pelosi has raised the idea of a commission and some Republican lawmakers have called for one as well.

Tom Kean, a former Republican governor of New Jersey, and Lee Hamilton, a former Democratic House member from Indiana, headed the 9/11 commission that interviewed over 1,000 people and pored through more than 2 million documents. Now, they are advocating an official investigation of the Jan. 6 events.

Kean told the Washington Post the Capitol attack was, quote, "a wound to democracy itself."