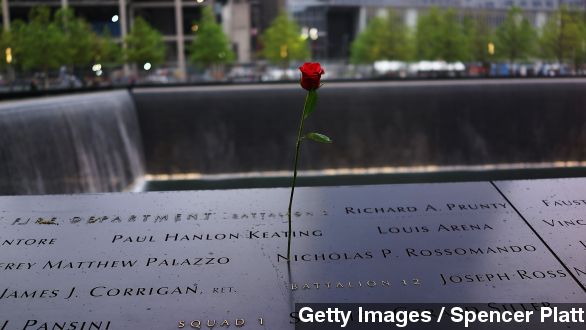 The National September 11 Memorial & Museum opened May 21 last year to commemorate those killed in the attacks.

Now, families of those who lost loved ones are angry about an award the museum recently received.

"New York City's 9/11 museum has just been awarded a themed entertainment honor at a ceremony in Disneyland. ... Also honored? The Harry Potter Theme Park. The 9/11 museum is in the same category as that," Fox News reporter Heather Nauert said.

The Extraordinary Cultural Achievement award comes from the Themed Entertainment Association. The 9/11 museum in particular was being honored for the way it "conveys its important story with eloquence and emotional power while allowing for thoughtful reflection, learning, and tribute by every visitor."

Others see the honor differently.

"It received an award which was arguably an inappropriate award," WNYW reports.

Jim Riches, a retired firefighter who lost his son that day, told the New York Daily News, "It's totally outrageous that they would participate in this ... It's a moneymaking place for entertainment and they got an award for it. They've made it into an amusement park."

Since its opening, the September 11 Memorial & Museum has been the source of constant criticism with its gift shop receiving the brunt of it.

The museum announced the award back in November, but the ceremony wasn't held until Saturday.

In a November announcement, the museum said: "When we accept the award ... we will do so with gratitude for the recognition but especially in honor of our visitors, who every day teach us about the museum's potential."