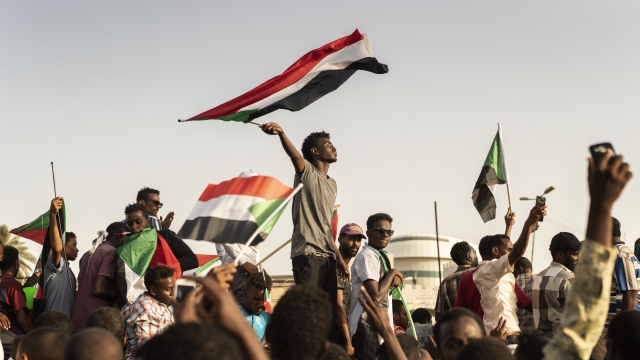 SMS
Investigation Finds 87 People Were Killed In Sudanese Raid Last Month
By Ethan Weston
By Ethan Weston
July 27, 2019
The official death toll was previously listed as 61, but opposition medics say the actual toll could be as high as 130.
SHOW TRANSCRIPT

An investigation has found that "rogue" military personnel were reportedly responsible for killing dozens of protesters last month in Sudan.

Original reports put the death toll from the raids at around 13 people and later increased it to 61. But the new investigation found that 87 people were killed and 168 more were wounded.

Three officers reportedly violated orders and moved forces into a protest sit-in area outside Sudan's Defense Ministry. Demonstrators were there demanding the military — which took over the country after the overthrow of former President Omar al-Bashir — cede power to a civilian government.

Opposition medics argue the death toll of the attack might be higher still and is actually closer to 130 people.

Earlier this month, Sudanese military and protest leaders signed an agreement to share power for a little over three years. The agreement appoints an 11-member governing body.