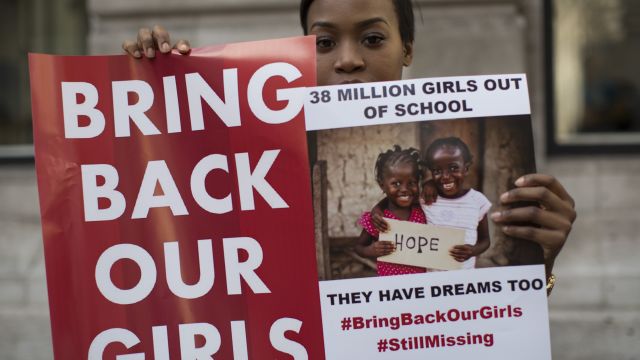 SMS
82 Chibok Girls Released In Swap With Nigerian Government
By James Packard
By James Packard
May 7, 2017
82 of the kidnapped Nigerian schoolgirls who inspired the #BringBackOurGirls campaign have been freed.
SHOW TRANSCRIPT

The Nigerian government says 82 of the Chibok girls held hostage by Boko Haram have been released.

It happened as part of an exchange for several Boko Haram suspects who were in Nigerian custody.

Two hundred seventy-six girls were taken from their boarding school in the middle of the night in April 2014. The government has been negotiating with Boko Haram for months. 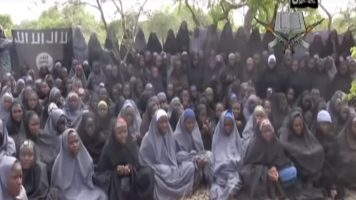 "We have gone quite far with negotiations for, you know, hopefully another batch of the girls," Nigerian Vice President Yemi Osinbajo said in April.

Dozens of the girls escaped right after the kidnapping. One girl was found in May of last year after wandering out of a forest, and 21 were freed in October.

Their kidnapping and the politics surrounding it prompted the Bring Back Our Girls campaign — something even former first lady Michelle Obama took part in.

More than 100 girls are still being held hostage.