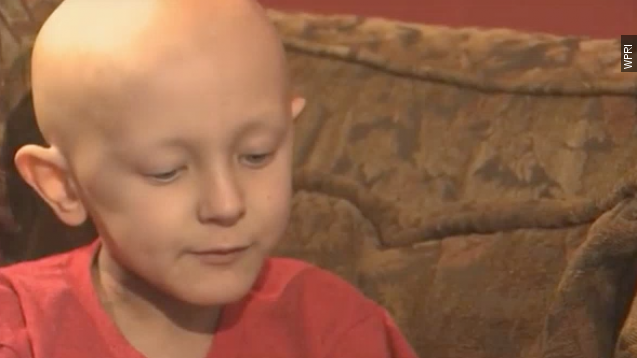 A terminally ill 8-year-old boy with cancer has become a celebrity in China.

"I'm just thinking before I go to heaven, to try to be famous as much as I can," Dorian Murray said.

Dorian Murray, who lives with his family in Rhode Island, told his dad on Sunday that he wanted to be famous in China — now, that request has gone viral.

"Dorian, we all know you; we all love you. Stay strong!" said a group of students from the Sunshine School of the Chinese Embassy.

People all over the world have been posting photos on social media with the hashtag #DStrong.

Dorian has battled a rare form of muscle cancer since he was 4 years old.