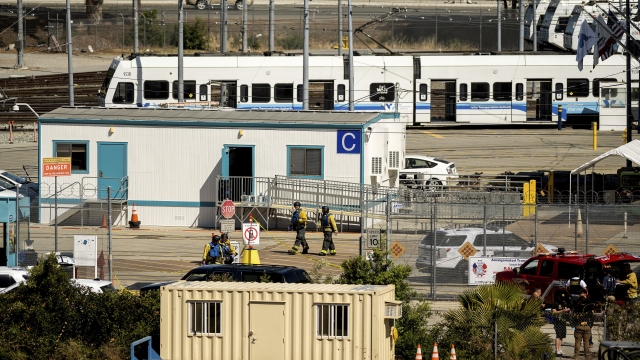 Officials say an employee at a California public transit facility shot and killed eight people and then died by suicide.

It happened Wednesday morning at the San Jose rail yard.

A spokesperson for the Santa Clara Sheriff's Office says the bomb squad is searching for possible explosive devices inside the building. Authorities are still trying to find a motive, while some families are still waiting to hear from loved ones.

California Governor Gavin Newsom got emotional and called for action on gun control.

"We just had the privilege spending the last few hours with the victims that are waiting to just learn if their loved one is still alive," Newsom said.  "But it begs the damn question: What the hell is going on in the United States of America? What the hell is wrong with us and when are we going to come to grips with this? When are we gonna put down our arms – literally and figuratively – our politics, stale rhetoric, finger pointing, all the hand-wringing consternation that produces nothing except more fury, frustration, more scenes like this repeated over and over and over again."

In a statement, President Biden called on Congress to take action as well.

He says, "Every life that is taken by a bullet pierces the soul of our nation. We can and we must do more."

The president has ordered flags to be flown at half-staff through Sunday.