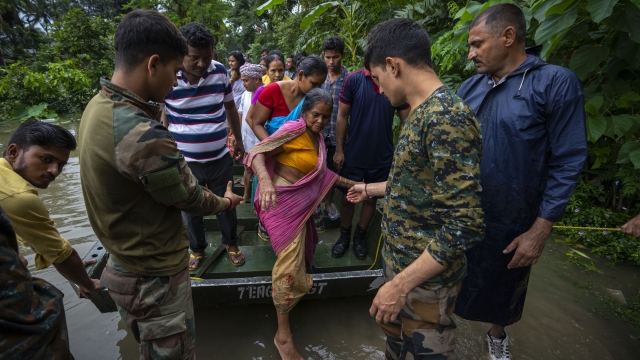 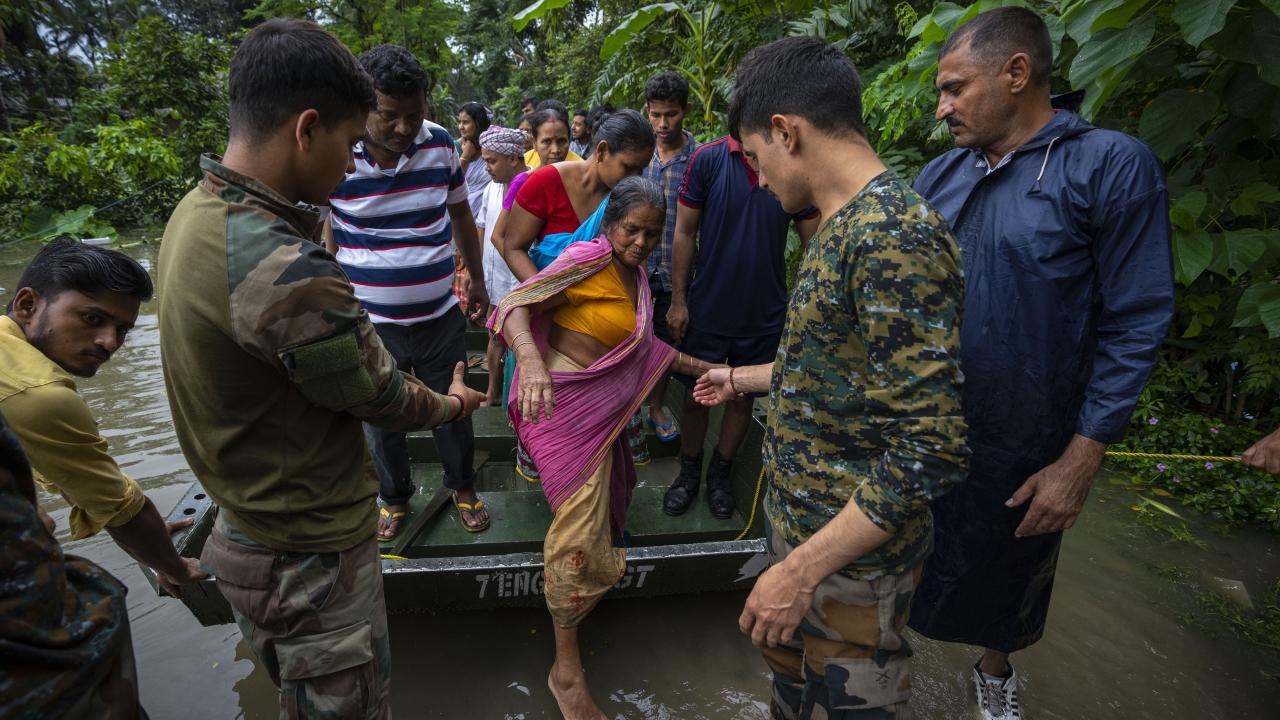 Massive flooding and mudslides in northeastern India's Assam state have claimed eight more lives, officials said Sunday, taking the death toll to 62 from weeks of heavy rains that caused one of Asia's largest rivers to overflow.

Assam's disaster management agency said 32 of the state's 35 districts were underwater as the swollen Brahmaputra River broke its banks, displacing more than 3 million people. The Indian army was called in for rescue efforts and the air force remained on standby.

The Brahmaputra flows from China's Tibet through India and into Bangladesh on a nearly 497 mile journey through Assam.

On Sunday, four people went missing when a boat carrying nine capsized in eastern Assam's Dibrugarh district, 500 kilometers (310 miles) east of Gauhati, the state capital. Police said that search operations were ongoing but they were hampered by strong currents.

Forecasters are expecting a respite from rains after incessant downpours.

"We are now focusing on relief and rescue operations," Sarma said, adding that more than 20,000 people have been evacuated by the army and other rescue agencies.

Annual monsoon rains hit the region in June-September. The rains are crucial for crops planted during the season but often cause extensive damage.

Flooding from swollen rivers has also spilled over to neighboring Bangladesh, where the government said the situation was likely to deteriorate in the worst-hit Sunamganj and Sylhet districts in the northeast as well as in the north.

Lightning strikes in parts of Bangladesh have left at least nine dead since Friday.