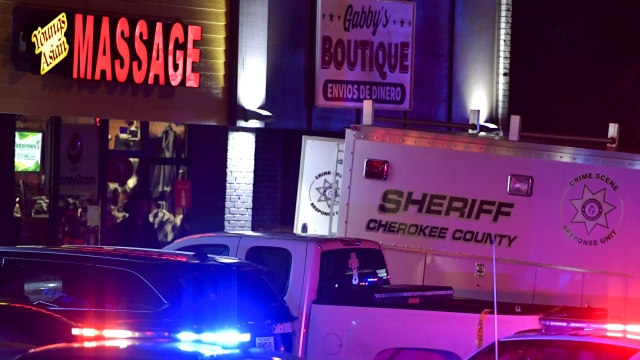 SMS
8 Dead After Shootings At Georgia Massage Parlors
By Newsy Staff
By Newsy Staff
March 17, 2021
One man is in custody after three shootings at massage parlors in the Atlanta area.
SHOW TRANSCRIPT

One man is in custody after three shootings at massage parlors in the Atlanta area.

Eight people are dead and authorities say many of them are women of Asian descent.

The first shooting happened at Young's Asian Massage Parlor 30 miles outside Atlanta. That's where four people died — two Asian women, a white woman and a white man — According to the Cherokee County Sheriff's Office. Authorities also say one person is in the hospital.

Less than an hour later police responded to a robbery call at a massage parlor in Atlanta. Officers found three women dead who had been shot. They later found another woman dead at another massage spa across the street. She also appeared to have been shot. Atlanta police say all four of those victims were Asian.