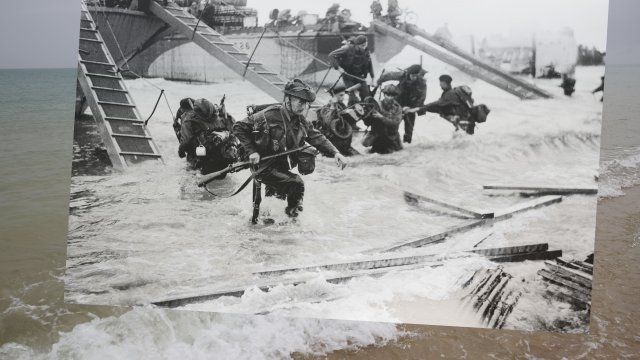 It's been 75 years since tens of thousands of Allied troops landed on the beaches of Normandy, France, to help liberate Europe from Nazi control.

The beginning of the daring invasion — now known as D-Day — took place on June 6, 1944. More than 150,000 soldiers from the U.S., the UK, France, Canada and other countries landed on five stretches of the Normandy coastline.

They were met by heavy German gunfire, and the Allies lost thousands of men in the attack. But their tremendous efforts paid off. By the end of the day, the Allies had gained control of the area, marking a key turning point in World War II.

According to NBC, about 170 veterans of the Battle of Normandy returned for the somber anniversary.