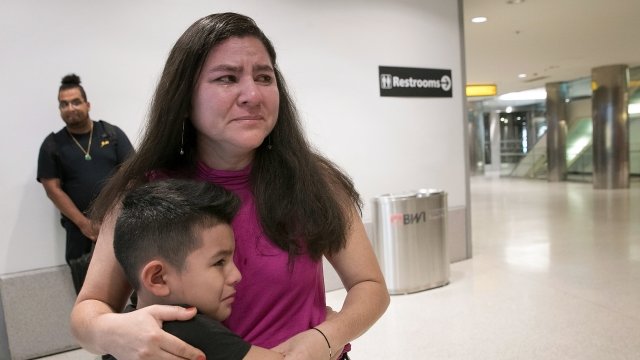 Thursday marked the court-ordered deadline for the Trump administration to reunite migrant children with their parents, but federals officials say 711 of those kids aren't eligible to be reunited.

The most common reasons for ineligibility are that the parents are outside of the U.S., possibly because they have been deported; the parents' locations are "under review"; or the parents declined to be reunited with their children, but there's some controversy over whether all those parents knew that was what they were doing.

The Justice Department says it reunited 1,442 families; that's just over half of the number identified to be reunited.

The judge who set the deadline reportedly appeared willing to let the administration work on reuniting people outside of its "eligible" pool but didn't issue new timelines.