7 Victims Identified After Capsizing Of Sightseeing Boat In Budapest 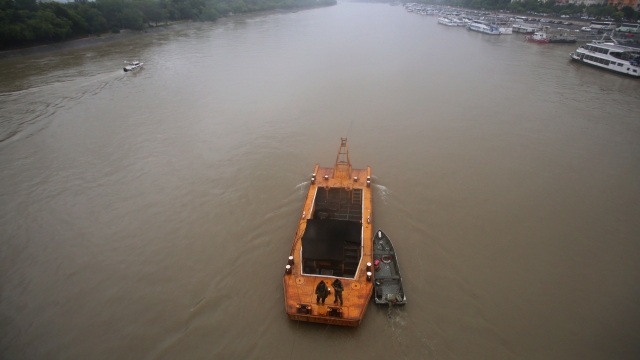 Police have identified seven people who died after a sightseeing boat capsized and sank on the Danube River in Budapest. Their names have not been released.

Officials told reporters 35 people were on board the boat when a larger vessel collided with it during a rainstorm Wednesday night. Thirty-three South Korean passengers were on a tour of the river with two Hungarian crew members. It isn't clear yet why the collision happened, but Hungary's Foreign Minister said Friday there is suspicion of "human error."

Rescuers managed to save seven people after the crash. 19 passengers and the two crew members are still missing. Authorities say water levels are expected to fall by mid-week, which could help in the search.

The captain of the larger boat was arrested Thursday and charged Saturday. The court hasn't announced what he was charged with.