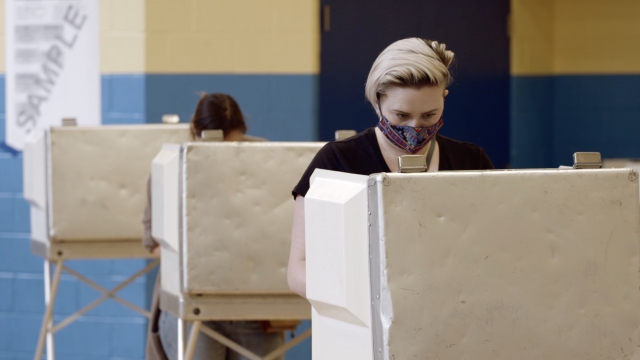 Indiana, Maryland, New Mexico, Pennsylvania, Rhode Island, South Dakota and Washington D.C. had at least some polling centers open, but early voting and voting by mail was encouraged. In Montana, the primary was conducted entirely by mail. Idaho and Iowa also held primaries for statewide and local races, but not for president.

Despite the push for absentee voting, locations across the country still saw long lines to cast ballots. In the nation's capital, the citywide curfew went into effect one hour before polls closed, but officials said they wouldn't enforce it against people who were out to cast ballots. That turned out to be a good thing, as some folks reported waiting in line for hours after the polls officially closed.

There were 479 Democratic delegates up for grabs Tuesday, making it the highest single-day haul since Super Tuesday back on March 3. Unsurprisingly, the Associated Press projected former Vice President Joe Biden will win all seven state Democratic primaries. Results in Washington D.C. were delayed because of long lines in the district. While Biden is expected to get the lion's share of the day's 479 delegates, Sen. Bernie Sanders should pick up at least a few more.

There were also a few notable down-ballot primary contests. Sen. Mike Rounds of South Dakota and Sen. Steve Daines of Montana both faced challengers in the Republican primary, but both were projected to win. Daines will face Montana's current Democratic Gov. Steve Bullock, in the November general election. But in Iowa, Rep. Steve King lost his GOP primary contest to Randy Feenstra. King has been representing Iowa in the House of Representatives since 2003.