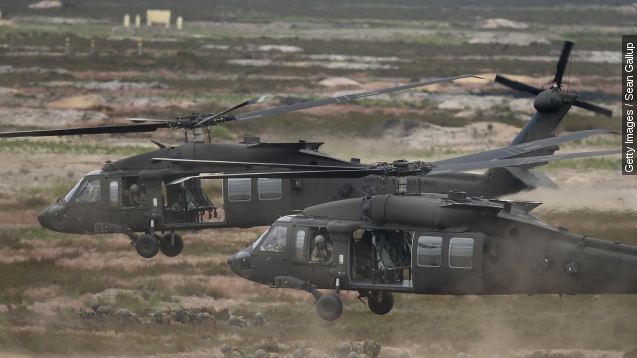 A U.S. military helicopter crashed off the coast of Okinawa, Japan. 17 crew members were rescued.

Seven people were injured when a U.S. military helicopter crashed Wednesday. It was trying to land on a ship off the coast of Okinawa, Japan.

The helicopter was a UH-60 Black Hawk. All 17 crew members were saved. (Video via NHK)

NBC reports the helicopter was undergoing a training mission when it crashed, but military officials are still investigating the cause. (Video via U.S. Army /  Pascal Demeuldre)

The island is home to nearly 74 percent of U.S. military bases in Japan, with around 27,000 personnel currently stationed.

A new U.S. base is planned for the island, but it was opposed by Okinawan officials before the crash, and the BBC reports construction of that base has been temporarily put on hold.