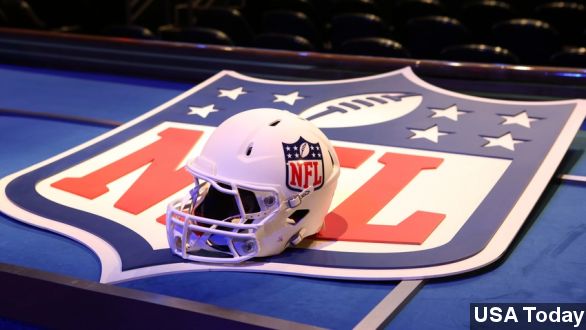 By Ryan Biek
July 4, 2014
In the ongoing litigation over compensation for concussions and other grievances, seven former players have rejected the NFL's latest offer.
SHOW TRANSCRIPT

In the wake of a landmark settlement between the NFL and former players, these seven are now saying it's not nearly good enough.

​The New York Times reported in August the league offered to pay $765 million, but that was quickly rejected by a judge when she felt that amount couldn't pay for every potential cost for the estimated 18,000 retired players during the 65-year lifespan of the agreement.

Christopher Seeger, the co-lead attorney for the players, said this means, "retired players and their families can now rely on the 100% guarantee that the fund will pay all eligible claims over its 65-year duration." (via USA Today)

So why are these seven players still saying no deal?

For one thing, the proposed deal sets limits on compensation for chronic traumatic encephalopathy — the progressive brain disorder that has gained so much media attention. (Via Los Angeles Times)

Depression, explosive anger and short term memory loss are all symptoms of CTE, which is thought to be caused by the repeated head trauma of concussions. (Via Korngold, Farrell, and Fozdar, 2013)

A 2005 study surveyed approximately 2,500 former NFL players and found 65% had suffered a concussion at some point during their careers. Twenty four percent had suffered three or more. (Via Guskiewicz et al., 2005)

The result of these concussions has often been tragic. According to Ebony Magazine, autopsies after these players' suicides revealed they all suffered from CTE.

In exchange for not having a cap on the settlement, the NFL also got the right to appeal as many payouts as it wants. (Via Getty Images)

The seven players also took offense to what they saw as outrageous attorney fees. In the proposals, attorney compensation hovered around one-third of the total settlement.

According to Forbes, the attorneys representing the players do foot the bill for most or all of the litigation, with no guarantees of any settlement being made.

However, the site also says players are concerned their attorneys will "double dip" by taking an additional fee according to their retainer agreement. (Via Forbes)

Despite this, many experts caution other players from opting out of the agreement, as no individual settlements with the NFL are guaranteed. Many are taking an agreement they find too low simply out of the need for money to pay for current medical bills.