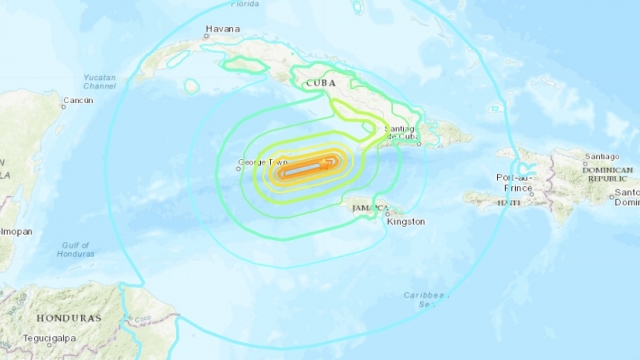 A 7.7 magnitude earthquake shook parts of the Caribbean Tuesday. It was so strong it could reportedly be felt in parts of Miami.

The quake's epicenter was in the Caribbean Sea, about 80 miles northwest of Montego Bay, Jamaica.

The National Tsunami Warning Center quickly issued an alert for Jamaica, Cuba and the Cayman Islands, as "hazardous tsunami waves" reached nearly 3 feet. The warning was called off Tuesday afternoon.

As movement was detected in Florida, the Miami Police Department issued warnings on Twitter. People were evacuated from offices in the Brickell area after reports of vibrations in buildings.

Since the initial quake, there have been five aftershocks. So far, there has been minimal damage and no reported injuries.