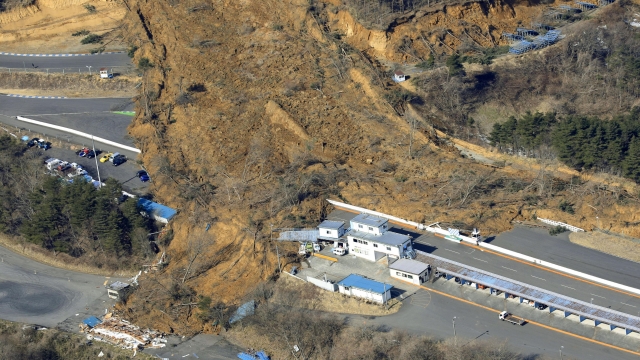 Residents in northeastern Japan are cleaning up debris in stores and homes after a 7.3 magnitude earthquake late Saturday night set off a landslide on a highway.

Buildings and parts of bullet train lines were damaged and power was blacked out for thousands of people.

More than 140 people suffered mostly minor injures, many of them by falling objects and cuts while stepping on broken glass. Three people were confirmed with serious injures but there were no reports of deaths, according to the chief cabinet secretary. The epicenter of the earthquake was below the ocean but deep enough to not cause a tsunami.

Additional writing by Yuri Kageyama and Mari Yamaguchi of The Associated Press.