61 Bodies Found In Mexico, A Reminder Of Missing Students 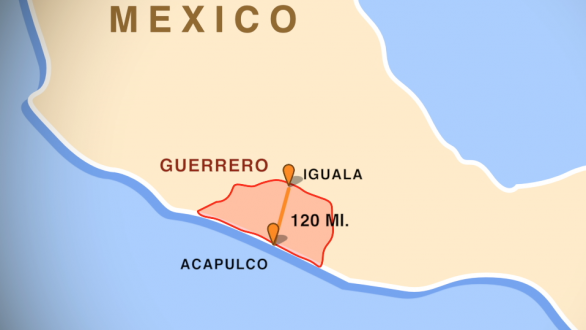 SMS
61 Bodies Found In Mexico, A Reminder Of Missing Students
By Kate Grumke
By Kate Grumke
February 6, 2015
Mexican authorities have uncovered 61 bodies decomposing in a crematorium in Guerrerro, the same state where 43 students were abducted in September.
SHOW TRANSCRIPT

State officials believe the bodies were most likely left by the owner of the crematorium when it went out of business a year ago. (Video via Univision)

But when the grisly discovery was first brought to light, some outlets suggested the bodies were victims of the country's rampant organized crime.

They are all believed to have been killed, burned, and then dumped in a river after they were kidnapped by corrupt police. Iguala's Mayor and his wife were arrested and charged with masterminding the case. (Video via CNN)

And still authorities have only found the remains of one of the missing students. (Video via Vice News)

The story was trending on Twitter in Mexico all day, with many tweeting "We found 61 but we're still missing 43."

Meanwhile, the families of the students say they will continue searching until they are found.  (Video via Youtube / Bade AC)