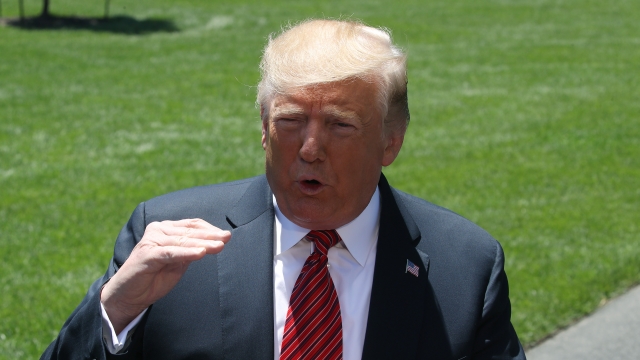 SMS
600 Companies Co-Sign Letter Asking Trump To End China Tariffs
By Alec Larson
By Alec Larson
June 13, 2019
​In May, the Trump administration increased the tariffs from 10% to 25% on $200 billion worth of Chinese products.
SHOW TRANSCRIPT

On Thursday, 600 companies and trade associations sent a letter to President Donald Trump warning him of the potential fallout from the continued effects of tariffs on China.

The letter, which was co-signed by companies including Walmart, Target and Gap, says the tariffs could damage the U.S. economy, harm millions of consumers and cost many Americans their jobs.

The letter calls on the president to end the standoff with China, saying: "An escalated trade war is not in the country's best interest, and both sides will lose. We are counting on you to force a positive resolution that removes the current tariffs."

In May, the Trump administration increased the tariffs from 10% to 25% on $200 billion worth of Chinese products, including air conditioners, handbags and bicycles.

The letter was organized by Tariffs Hurt The Heartland, a business coalition that has opposed the use of import taxes.