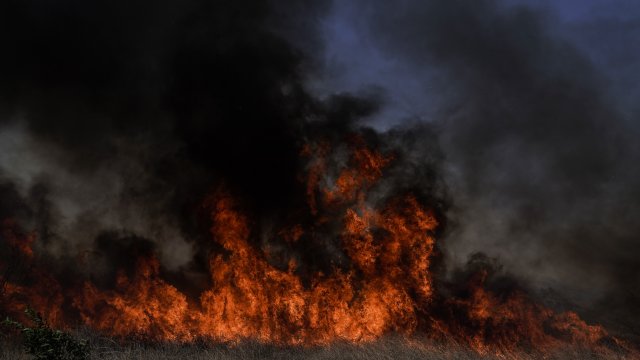 California is experiencing winds up to 60 mph, prompting utility companies to cut power to hundreds of thousands of customers.

Powerful winds are fueling the spread of a fast-moving wildfire in southern California.

Sixty thousand people were told to evacuate after it broke out this morning in Orange County.

The fire tore through a couple thousand acres in just hours.

California is experiencing winds up to 60 mph.

And snow continues to fall in Colorado, bringing much-needed relief as two massive fires burn there.

["We could start learning from today... what areas can be safe to let other people get back in to houses."]

The Cameron Peak fire is now the biggest in state history, and there were fears it could merge with the East Troublesome Fire.

Fire officials say the snow is "significantly" slowing the spread, but activity could pick back up again as temperatures rise.