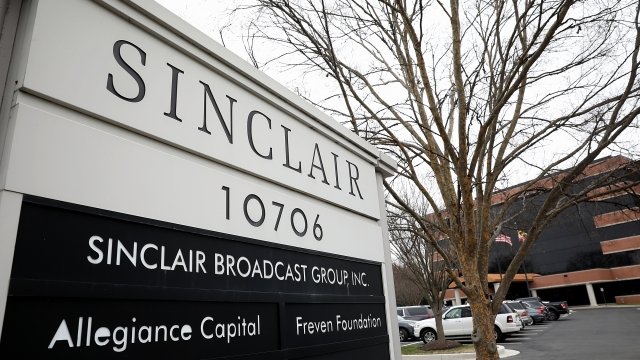 The Department of Justice announced Tuesday it has reached a settlement with six TV broadcast companies over antitrust allegations.

The Justice Department alleges the companies exchanged private sales information with each other in an attempt to fix ad prices for their stations across the U.S. The DOJ says that gave them an upper hand in negotiations with advertisers.

The settlement bars the companies from sharing "competitively sensitive information" for seven years. They also have to "adopt rigorous antitrust compliance and reporting measures" and "cooperate in the department's ongoing investigation."

Government officials reportedly first caught wind of collusion during their review of Sinclair's planned buyout of Tribune earlier this year. That prompted the DOJ to open an investigation. Advertisers filed a class-action lawsuit shortly thereafter.