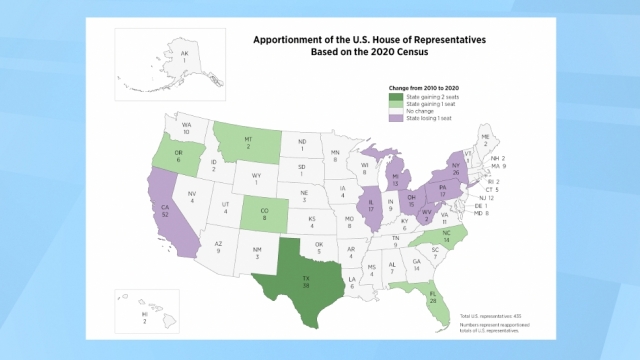 The balance of power in Washington will shift slightly to Republicans in the coming years.

The Census Bureau released its apportionment data from the 2020 population count.

This determines how many seats and Electoral College votes states get for the next decade.

Six states – colored in green – will pick up seats: Texas will get two seats, along with one each for Florida, North Carolina, Colorado, Oregon and Montana.

And seven states – colored in purple – will each lose one sea. That includes California, New York, Michigan, Pennsylvania, Ohio, Illinois and West Virginia.