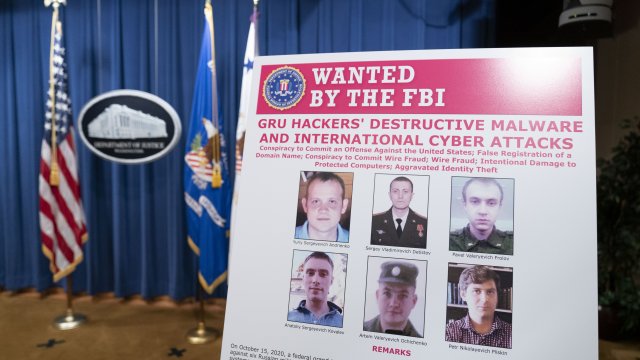 Six Russian military officers have been charged in a hacking campaign that targeted U.S. businesses, the Winter Olympics and the French election.

The defendents are not charged in connection with interference in American elections.

The Justice Department's top national security official says the attacks are the most disruptive and destructive attributed to a single group.