6 Notre Dame Football Players Were Arrested Over The Weekend 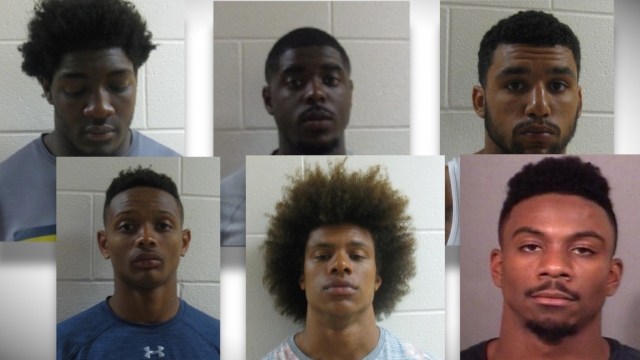 University of Notre Dame officials had a public relations headache on their hands Saturday morning.

Six of the university's football players were arrested in two separate incidents between Friday night and early Saturday.

His arrest came shortly after five of his teammates were booked into jail for marijuana possession. An Indiana State trooper pulled over a car carrying the players for a speeding violation. The trooper smelled marijuana, and a drug-sniffing dog confirmed marijuana was in the car.

Ashton White, Floyd Max Redfield, Kevin Stepherson Jr., Dexter Williams and Te’Von Coney were booked into Fulton County Jail for misdemeanor possession of marijuana. Redfield, Stepherson and Williams each face a charge for having a handgun without a license.

It's unclear if the five arrested on drug charges will face disciplinary action from Notre Dame, but Butler's fate seems grim.

In a statement obtained by Notre Dame's student newspaper, The Observer, the university's vice president for public affairs and communications said: "Any student arrested on a felony charge also faces dismissal from the University. The University will determine if additional sanctions should apply to any or all of the students charged."

WNDU reports Butler was expected to miss the beginning of the season while recovering from foot surgery. Previously, he was expected to compete for a starting position on the team.