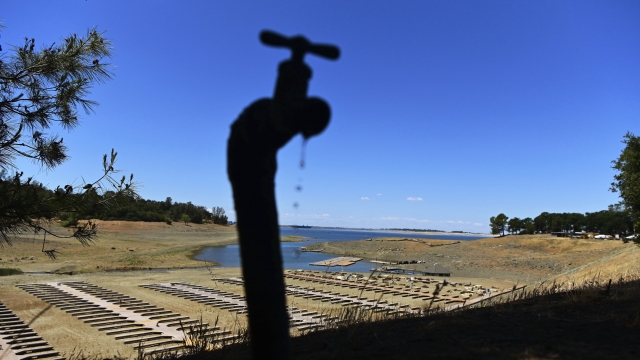 "This is a crisis," Metropolitan Water District of Southern California General Manager Adel Hagekhalil said. "This is unprecedented. We've never done anything like this before."

Starting this week, 6 million people across Los Angeles, San Bernardino and Ventura Counties are limited to watering outdoor plants once a week.

The goal is to slash water use by 35% as California heads into its third straight year of drought.

That's unheard of around here, especially with sweltering summer days on the horizon.

But water authorities say it's a necessary evil and could be a prelude to more cuts.

Outdoor water use may be banned entirely if conditions don't improve by September.

Just last week, California Gov. Gavin Newsom warned the parched state could be forced to enact mandatory water restrictions if residents didn't curb use on their own.

A sharp turn from his previous stance, favoring a more localized approach to water conservation based on regional needs and water supplies.

Last year, Newsom challenged Californians to curb water use by 15%.

Of course, California isn't the only state suffering at the hands of the megadrought.

Bone dry conditions have become the norm in the intermountain west and parts of the plains.

And there's no signs of relief any time soon, thanks to above average temperatures and below average rainfall.

In California, officials are begging residents to do their part: Use recycled water for outside projects, take shorter showers, only run washing machines and dishwashers when they're completely full and switch to drought-tolerant landscaping.