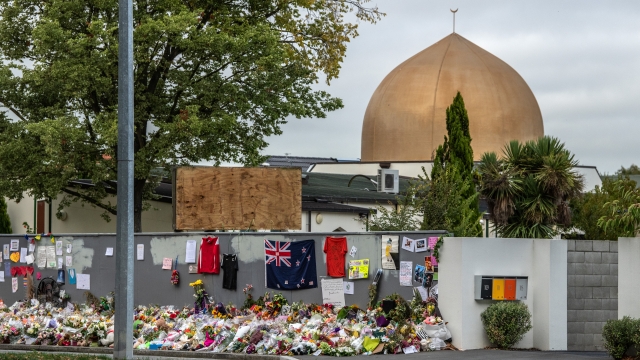 Six people appeared in a New Zealand court Monday to face charges of illegally redistributing the video of the mosque shootings in Christchurch.

The charge has a penalty of up to 14 years in prison. A Christchurch District Court Judge denied bail to two of the six, including an 18-year-old. The other four are not in custody.

New Zealand's chief censor has banned the livestreamed footage of the attack and the written statement by the gunman. The gunman faces 50 murder charges and 39 attempted murder charges.